The Scoop on Saint Patrick’s Day 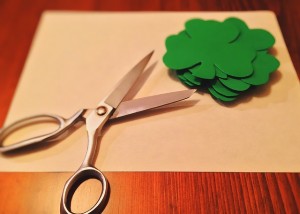 WE SHOULD REALLY WEAR BLUE

Saint Patrick himself would have to deal with pinching on his feast day. His color was “Saint Patrick’s blue,” a light shade. The color green only became associated with the big day after it was linked to the Irish independence movement in the late 18th century.

As you might expect, Saint Patrick’s Day is a huge deal in his old stomping grounds. It’s a national holiday in both Ireland and Northern Ireland.

SO DO NEW YORKERS

New York City’s Saint Patrick’s Day Parade is one of the world’s largest parades. Since 1762, 250,000 marchers have traipsed up Fifth Avenue on foot – the parade still doesn’t allow floats, cars, or other modern trappings.

New York may have more manpower, but Chicago has a spectacle all its own. The city has been celebrating Saint Patrick by dumping green dye into the Chicago River since 1962. It takes 40 tons of dye to get the river to a suitably festive shade! 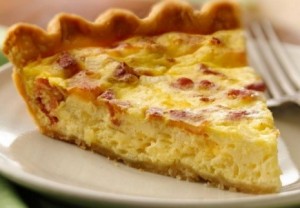 This crowd-pleaser looks fancy, but you can prep it in just 10 minutes!

Bake 40 to 50 minutes or until knife inserted in center comes out clean. Let stand 5 minutes; cut into wedges.

1 b. 65. Medicare eligibility begins at age 65, although people with certain conditions or disabilities may be able to enroll at a younger age. You’ll be automatically enrolled in Medicare when you turn 65 if you’re already receiving Social Security benefits, or you can sign up on your own if you meet eligibility requirements.

2 c. 26. Under the Affordable Care Act, a child may retain his or her status as a dependent on a parent’s health insurance plan until age 26. If your child is covered by your employer-based plan, coverage will typically end during the month of your child’s 26th birthday. Check with the plan or your employer to find out exactly when coverage ends.

4 b. 25. By age 25, drivers generally see their premiums decrease because, statistically, drivers younger than this age have higher accident rates. Gaining experience and maintaining a clean driving record should lead to lower premiums over time. However, there’s no age when auto insurance rates automatically drop because rates are based on many factors, including type of vehicle and claims history, and vary by state and insurer; each individual’s situation is unique.

5. a. 62. You can begin receiving Social Security retirement benefits as early as age 62. However, your benefits will be reduced by as much as 30% below what you would have received if you had waited until your full retirement age (66 to 67, depending on your year of birth). 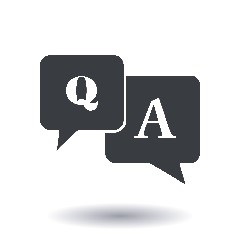 uiz: Which Birthdays Are Financial Milestones?

When it comes to your finances, some birthdays are more important than others. Take this quiz to see if you can identify the ages that might trigger financial changes.

3- At this age individuals who are making contributions to a traditional or Roth IRA or an employer-sponsored retirement plan can begin making “catch-up” contributions.
1) 50
2) 55
3) 60
4) 66 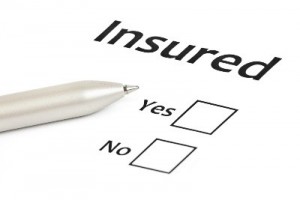 5- Individuals who have contributed enough to Social Security to qualify for retirement benefits become eligible to begin collecting reduced benefits starting at what age?
1) 62
2) 65
3) 66
4) 70

The Bipartisan Budget Act of 2015 included a section titled “Closure of Unintended Loopholes” that ends two Social Security claiming strategies that have become increasingly popular over the last several years. These two strategies, known as “file and suspend” and “restricted application” for a spousal benefit, have often been used to optimize Social Security income for married couples.

If you have not yet filed for Social Security, it’s important to understand how these new rules could affect your retirement strategy. Depending on your age, you may still be able to take advantage of the expiring claiming options. The changes should not affect current Social Security beneficiaries and do not apply to survivor benefits. 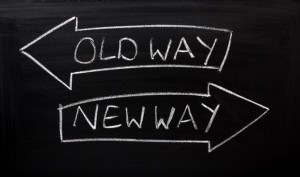 Under the previous rules, an individual who had reached full retirement age could file for retired worker benefits–typically to enable a spouse to file for spousal benefits–and then suspend his or her benefit. By doing so, the individual would earn delayed retirement credits (up to 8% annually) and claim a higher worker benefit at a later date, up to age 70. Meanwhile, his or her spouse could be receiving spousal benefits. For some married couples, especially those with dual incomes, this strategy increased their total combined lifetime benefits.

Under the new rules, which are effective as of April 30, 2016, a worker who reaches full retirement age can still file and suspend, but no one can collect benefits on the worker’s earnings record during the suspension period. This strategy effectively ends the file-and-suspend strategy for couples and families.

The new rules also mean that a worker cannot later request a retroactive lump-sum payment for the entire period during which benefits were suspended. (This previously available claiming option was helpful to someone who faced a change of circumstances, such as a serious illness.)

Tip:  If you are age 66 or older before the new rules take effect, you may still be able to take advantage of the combined file-and-suspend and spousal/dependent filing strategy.

Under the previous rules, a married person who had reached full retirement age could file a “restricted application” for spousal benefits after the other spouse had filed for Social Security worker benefits. This allowed the individual to collect spousal benefits while earning delayed retirement credits on his or her own work record. In combination with the file-and-suspend option, this enabled both spouses to earn delayed retirement credits while one spouse received a spousal benefit, a type of “double dipping” that was not intended by the original legislation.

Under the new rules, an individual eligible for both a spousal benefit and a worker benefit will be “deemed” to be filing for whichever benefit is higher and will not be able to change from one to the other later.

Tip:  If you reached age 62 before the end of December 2015, you are grandfathered under the old rules. If your spouse has filed for Social Security worker benefits, you can still file a restricted application for spouse-only benefits at full retirement age and claim your own worker benefit at a later date.

Call us at 225-293-9471 or 985-727-0778 to request your personalized Social Security Report. Even if we have provided you with  a report in the past these changes may impact the outcome of that report!

What Are Required Minimum Distributions? 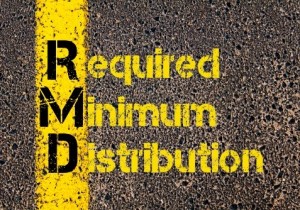 Traditional IRAs and employer retirement plans such as 401(k)s and 403(b)s offer several tax advantages, including the ability to defer income taxes on both contributions and earnings until they’re distributed from the plan.

Your IRA trustee or custodian must either tell you the required amount each year or offer to calculate it for you. For an employer plan, the plan administrator will generally calculate the RMD. But you’re ultimately responsible for determining the correct amount. It’s easy to do. The IRS, in Publication 590-B, provides a chart called the Uniform Lifetime Table. In most cases, you simply find the distribution period for your age and then divide your account balance as of the end of the prior year by the distribution period to arrive at your RMD for the year.

The only exception is if you’re married and your spouse is more than 10 years younger than you. If this special situation applies, use IRS Table II (also found in Publication 590-B) instead of the Uniform Lifetime Table. Table II provides a distribution period that’s based on the joint life expectancy of you and your spouse.

Remember, you can always withdraw more than the required amount, but if you withdraw less you will be hit with a penalty tax equal to 50% of the amount you failed to withdraw.